Egbert Scholz was born in Wünschendorf in nineteen forty-two. At the end of the Second World War he and his family were deported to northern Germany, close to where he lives today. During the interview Mr Scholz talks about his childhood home in Wünschendorf and the few memories he has of leaving it as a child. He talks about the effect of the deportation on his parents and recalls a return visit they made to the village in the nineteen fifties. On the issue of exile and deportation, the interview touches on issues of property, ownership, compensation and blame following the Second World War. Mr Scholz has made many return visits to the village of Wünschendorf, today called Srbská and since two thousand and nine has been returning with a group of people also deported from the village. He talks about his motivations for returning, the meaning of ‘home’ and how it changes across generations.

Interview conducted by Sophie Dixon in Anklam, Germany in September 2013.
Interpreted by David Lion and translated by Marina Tomic from German

Sophie Dixon [SD]: Could you please tell us your name and when and where you were born?

Egbert Scholtz [ES]: My name is Egbert Scholz. I was born on 27th October in 1942 and lived in Wünschendorf for almost four years.

[SD]: First question. You were very young when you left Wünschendorf. Do you have any memories from that time? Even if it seems really unimportant to you are there any little details you can remember?

[ES]: Even though I was so young there are one or two episodes which I can still remember. One of those episodes was the journey from Friedland [1] towards Reichenberg [2]. In the train I was lifted up and shown the house of my grandmother and grandfather, which we were passing. Other than that I can’t say anything more.

[SD]: My second question is about your first return to Wünschendorf. Could you tell me what happened? For example, the kind of expectations you had and with whom you went there.

[ES]: The first time I went back to Wünschendorf was with my parents in nineteen fifty-five to fifty-six. We had the opportunity to go back there because my aunt was still living there with her husband. We drove to the town and that was the first time I consciously saw my childhood home and the surroundings of Wünschendorf.

[SD]: Did you have any expectations? You had lived there just briefly but maybe you picked up something from your parents.

[ES]: I was actually curious. I only knew about my parents’ farm through stories so I was curious to see what it was like in reality. The house on the hill, the surroundings, the view on the entire village – I saw it there just the way it was described to me. Those were the expectations I had in the first place. 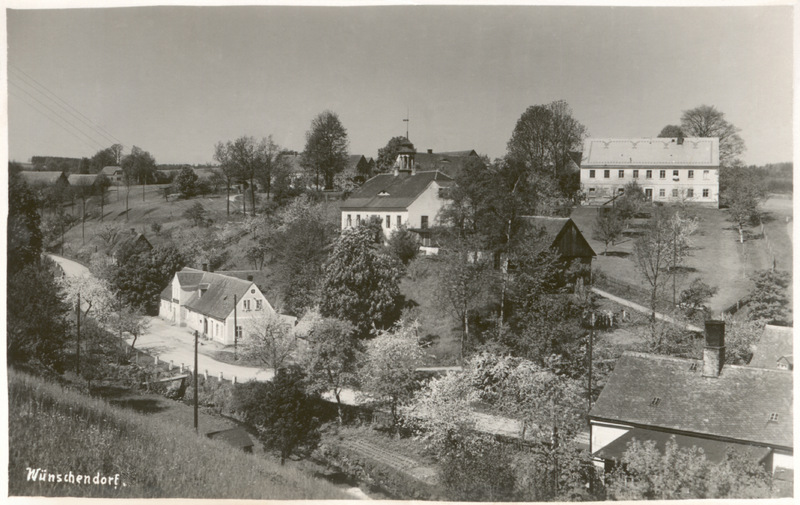 [ES]: It was described to me that the house was situated on a hill. The house number was one hundred and forty-eight to forty-nine. All the things I was told about my home I could experience there again. I was actually really excited about seeing it again. We found our house in the same state it had been when we left it. It was fascinating for me that the new owner, or the one who lived in the house at that time, still lived there with the things that my parents had left behind. There was a little episode. My mother wanted to have the picture that was hanging in the bedroom above her bed. Without objection we could take it – it wasn’t a valuable picture. But for her it was a memory and later it hung above my parents’ bed in Ferdinandshof (in Germany). That left an impression on me. One could see how deeply affected my parents were when they saw the property, which once used to be theirs.

[SD]: I have another question about that. Did it feel at all like home when you went back there?

[ES]: Actually, I didn’t have this impression or in other words I didn’t have a direct connection to the house. I was still fascinated by it but only through the stories of my parents. I wanted to see my parents’ property. Later with my own children I used the opportunity to take a holiday, which we spent in the Zittau mountains [3], to drive there and show the house to my wife and children. By then it was already unoccupied. However, the farm was still in use as it was owned by the cooperative society [4] which had been founded there. I had the impression that I wasn’t welcome there on the farm. Anyway, that’s a different matter. In any case, we were thrilled to see it once again and my wife and children favourably acknowledged it. 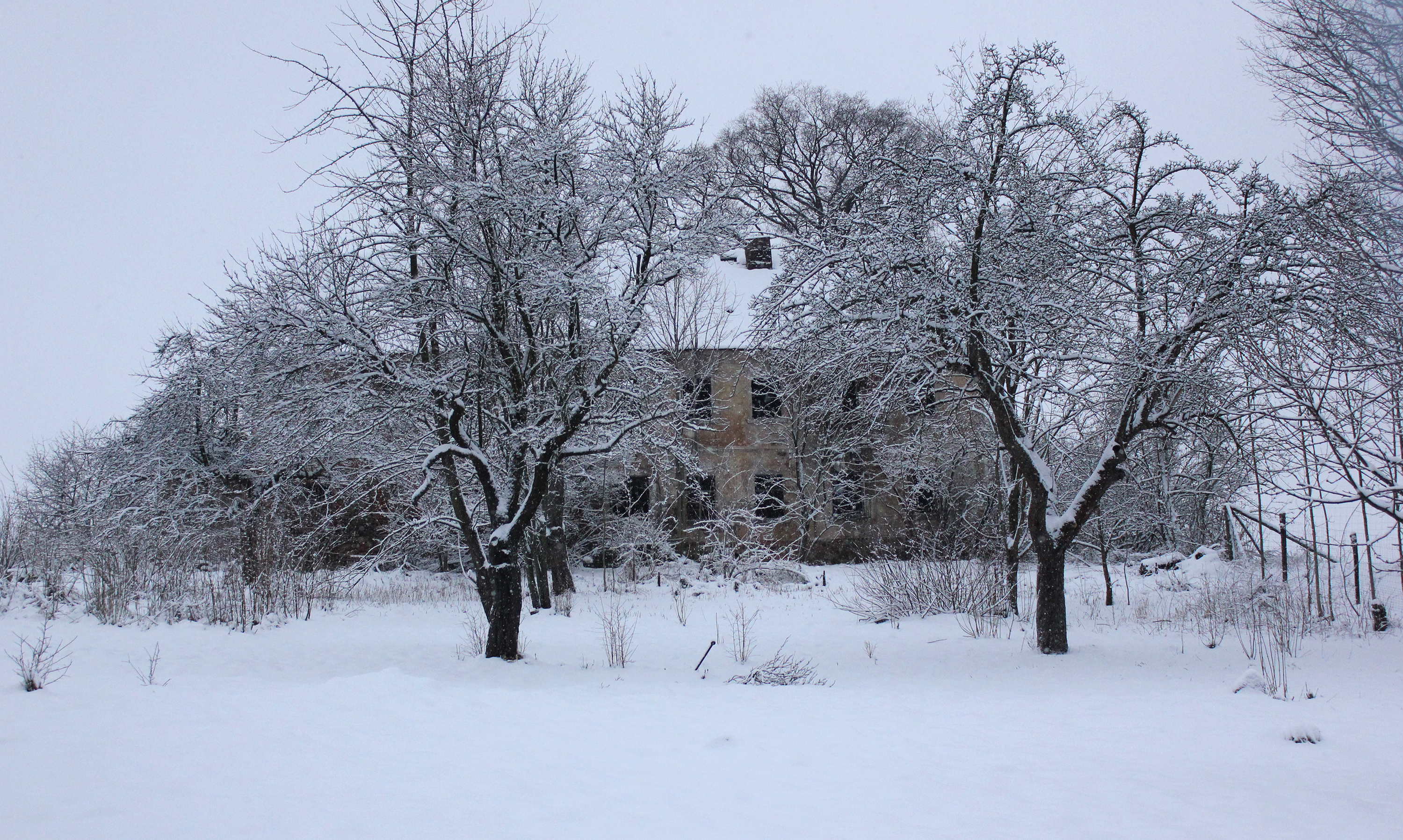 [SD]: Could you explain this feeling that you weren’t welcome there?

[ES]: At that time contact with the Germans wasn’t desirable. That is completely different now. I drove to the house and I saw some people working there but then they cleared off. That was their mindset. I didn’t announce my arrival or anything like that. Maybe it is related to that. Maybe one ought to have announced oneself so that they knew who is actually coming. I took it that way. I simply drove into the farmyard and we got out of the car.

[SD]: And at that time were you in still in touch with someone who lived there?

[ES]: No, I didn’t have any contact with the people there at that time.

[SD]: And why do you still return to the village?

[ES]: I use every opportunity to drive back to our village. It is actually a connection that was established there. It’s a memento of my parents. It’s also a remembrance for me. We (the group from Germany) like going there. We use the opportunity to take the bus here from Ferdinandshof respectively from Vorpommern [5] to go our village. There is also a curiosity because from the others, who are older than me, I hear about events, meet other people, who I only know by name and who then make this journey there with me. It connects (us), it connects us. We like going there time and again.

[SD]: Although you were so young back maybe you picked up something from your parents – do you have a feeling of injustice that actually you ought to have been given back your belongings or received some kind of compensation?

[ES]: After each journey we consistently see our property how it’s changing – for the worse. It is impossible that we will ever get it back. One can consider this matter closed. My attachment to my home is quite weak simply because I was too young when we left. That’s quite different with the other people. I have this feeling when I travel to Wünschendorf with those people who were born there but who are older. They experienced more there and they grew up there. But one has to say again and again it is still my home. It doesn’t leave you unaffected. It leaves its mark on you. The matter with the property has been settled. Contracts have been signed and it will probably stay the way it is. 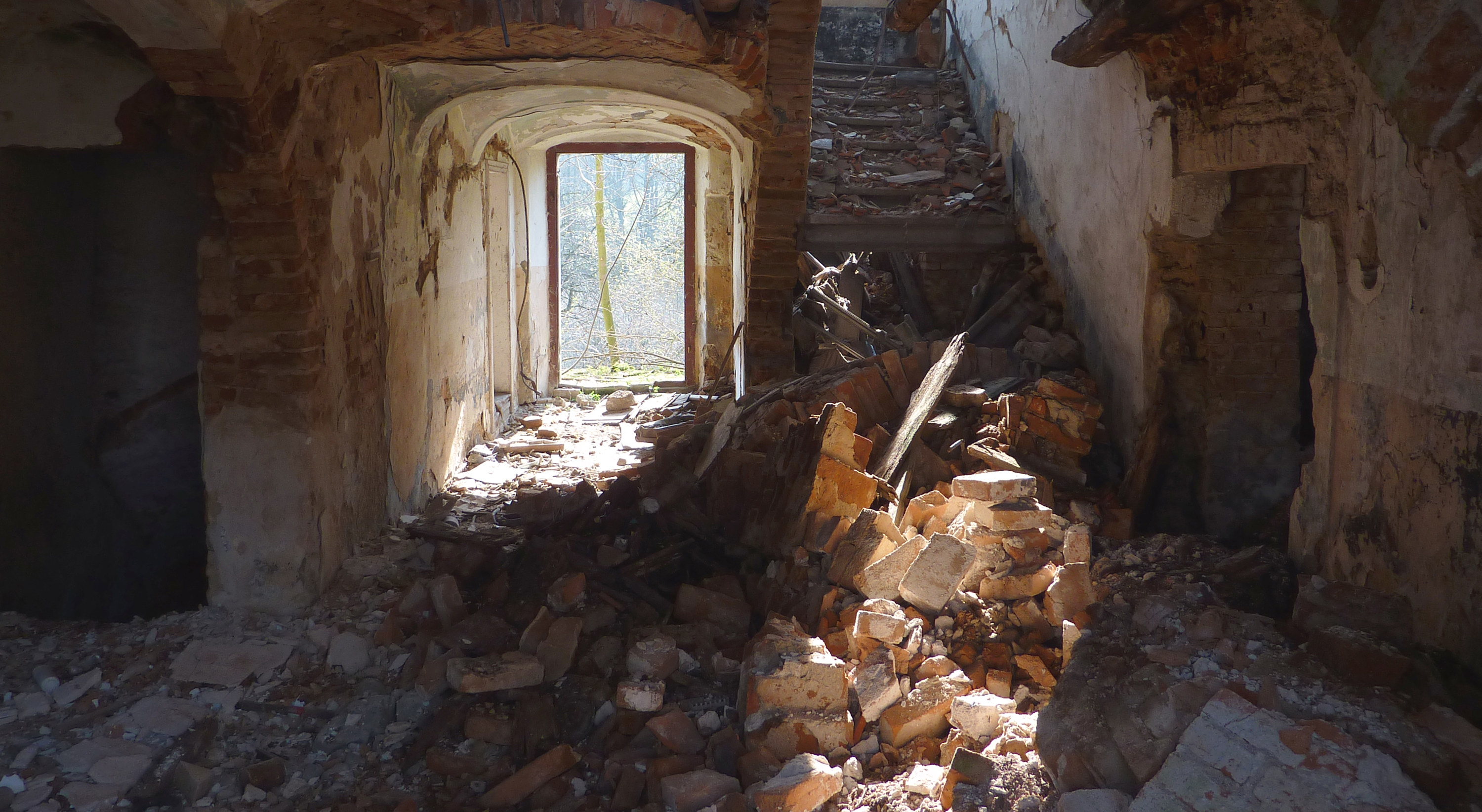 [SD]: I’d still like to know if you thought you should get a compensation in the first few years? It’s clear that today, after about 60 years you don’t expect compensation anymore but maybe the first time you returned you picked up something from your parents?

[ES]: Well, this whole issue about property. Of course we asked ourselves, do we have to pay off the debts of the Second World War? Are we the only ones who took the blame? Of course this question often arises because through the conversations with our parents we know that they worked hard to acquire this property. One is attached to it. Of course the question arises but I can’t answer it. As things stand currently, everything is settled.

[SD]: Last question on my part. It’s quite theoretical so if you don’t answer it’s not a problem of course. Do you have the feeling that it was necessary after the Second World War to relocate the Sudeten Germans? Or do you believe that there were other solutions with which the German population could have stayed in their villages?

[ES]: From today’s point of view the co-existence with people of other nationalities is not a problem. I believe, however, that back then, immediately after the end of the war, there was no other alternative for the ruling people. Through history it was known that there have always been clashes and conflicts among people. From today’s point of view I claim that there are also other options. There are other options. As we experience it today with the European Union, people of various nationalities co-exist together peacefully. It was a completely different situation immediately after the war. My parents didn’t understand that they had to leave. That they had to leave everything behind and with nothing start all over again here in Ferdinandshof. Later when they got older one could notice how this question influenced them a lot, how this question occupied them. They were connected with it, it was their home. They were born there. They accomplished something there. They saw it differently, they saw it through different eyes.

[SD]: Last question. I’d like to know, for your generation and maybe also the generation of your children, how you feel the deportations from Wünschendorf have affected you?

[ES]: Living and growing up here in the new home, in this place, in Ferdinandshof, having worked here, a new home country was formed for me. Not for my parents though whose home always remained there. Of course, I also feel connected to that. But I believe with the next generation, my children and also my grandchildren, this sense of home does not exist. They don’t have a connection to it at all. They know about through stories but there is no direct bond anymore. Of course there is curiosity and interest in seeing where grandmother and grandfather, or great-grandfather and great-grandmother, lived. But one can notice that there home is somewhere else. For my parents it was completely different. Their home has always stayed the same. They suffered a lot because of that. I believe that they have never been really integrated here. They always longed to return to the place where they had their own property. That’s how it will develop – in the future soon it won’t play a role anymore. That’s my opinion, others might have a different one. I see it that way. I see it in the gestures of my children and grandchildren, even myself. But I like going back home – and I deliberately call it home. Even though we just do that once a year but when we have the opportunity we go there. By now, there are also other people there who are open-minded towards the visitors, who come there. We notice that every time we are there. So, there are changes. That’s my impression.

[SD]: Thank you for taking the time to talk with us. 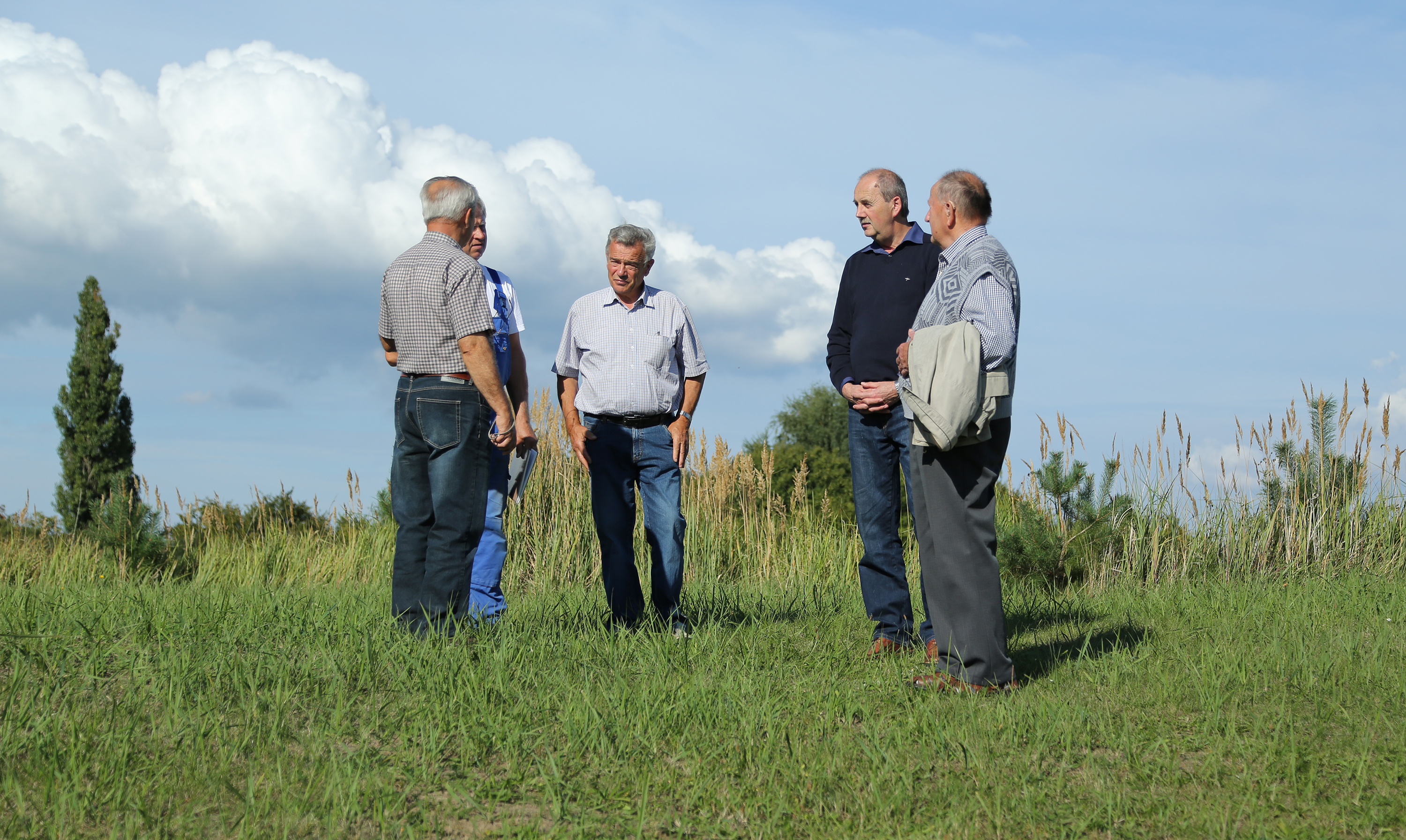 Mr Scholz with other residents from Wunschendorf looking for the camp they stayed in on arrival to Anklam, Germany